The Hoover Met Complex team is dedicated to making your experience great. Learn more about what it means to be a part of the team HERE! 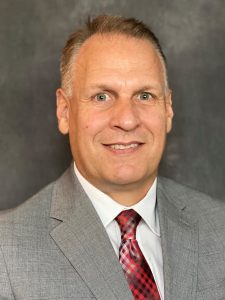 Ealy served as the director of athletics and recreation at his alma mater, the University of Wisconsin-Platteville and served as a member of the university’s leadership team. Under his direction, competitive success improved for both men’s and women’s sports and the overall grade point average improved for student athletes. In addition, the department completed its first facility master plan, oversaw completion of a $15 million expansion to the recreation center, hired three head coaches, and increased department revenues.

For eight years, Ealy held leadership positions within the University of Alabama at Birmingham (UAB) athletics department and led day-to-day operations, oversaw a $30 million annual operating budget, managed external and internal administrative units, and supervised the sports of football, men’s basketball, softball, and baseball. He successfully served as interim director of athletics during a controversial and tumultuous time in program history and provided leadership, stability, and confidence after the university eliminated football, bowling and rifle. Under his direction, Ealy assisted with getting all three sports programs reinstated within six months.

Prior to joining UAB Athletics, Ealy served the Bruno Event Team as vice president of the Alabama Sports Foundation, where he led all efforts to produce large-scale sporting events such as the SEC Baseball Tournament, SEC Gymnastics Championship, Magic City Classic, SWAC Football Championship, US Olympic Marathon Trials, US Soccer Matches, Pro Beach Volleyball, and the Brett Favre Celebrity Softball Game. Concurrently, he provided consulting services to the Birmingham-Jefferson Convention Complex to assist with the planning, programming, and support for a downtown Birmingham stadium, entertainment district and lodging accommodations as president of Birmingham Sports Ventures.

Ealy started his career in Birmingham with the Southeastern Conference where he was responsible for ticket sales and operations, marketing, and event operations for conference championships. Prior to the SEC Office, he was a marketing assistant with the University of Florida athletic department.

Ealy obtained his master’s in sports administration and facility management from Ohio University. He earned a Bachelor of Science in business administration at the University of Wisconsin-Platteville and was a football student-athlete. 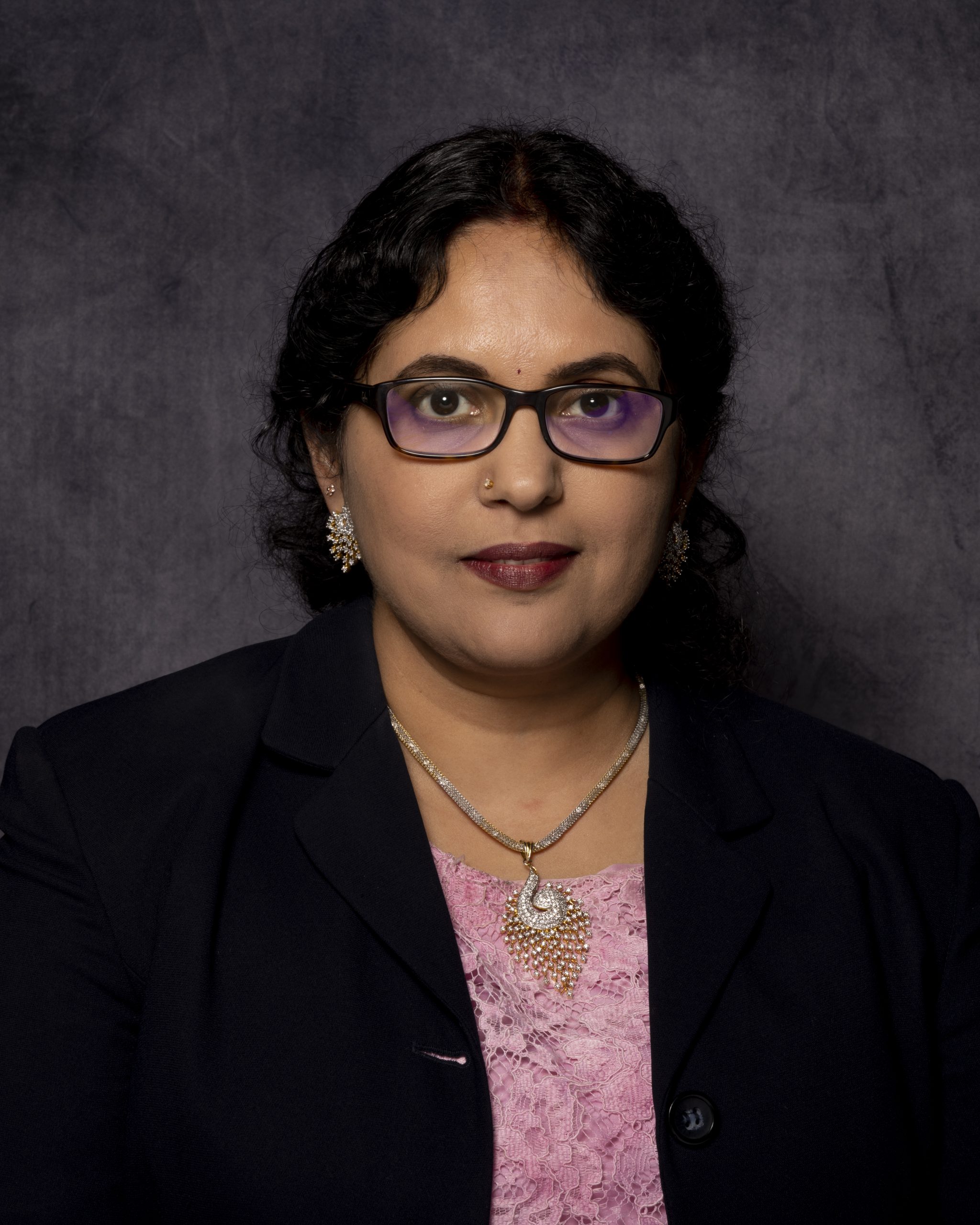 Prior to joining us at the Hoover Met, Sumithra has worked in key financial roles for several companies and government organizations. She also worked in several positions for the local government . She brings her financial experience paired with a passion for her work, an intense attention to detail and finesse.

Sumithra earned her bachelor’s in Accounting and an MBA in Finance from Osmania University, India with distinction as a national merit scholar.

Outside of work, Sumithra enjoys being active within Birmingham’s Hindu Cultural Society and in several community outreach programs. She enjoys reading and spending time with her family. 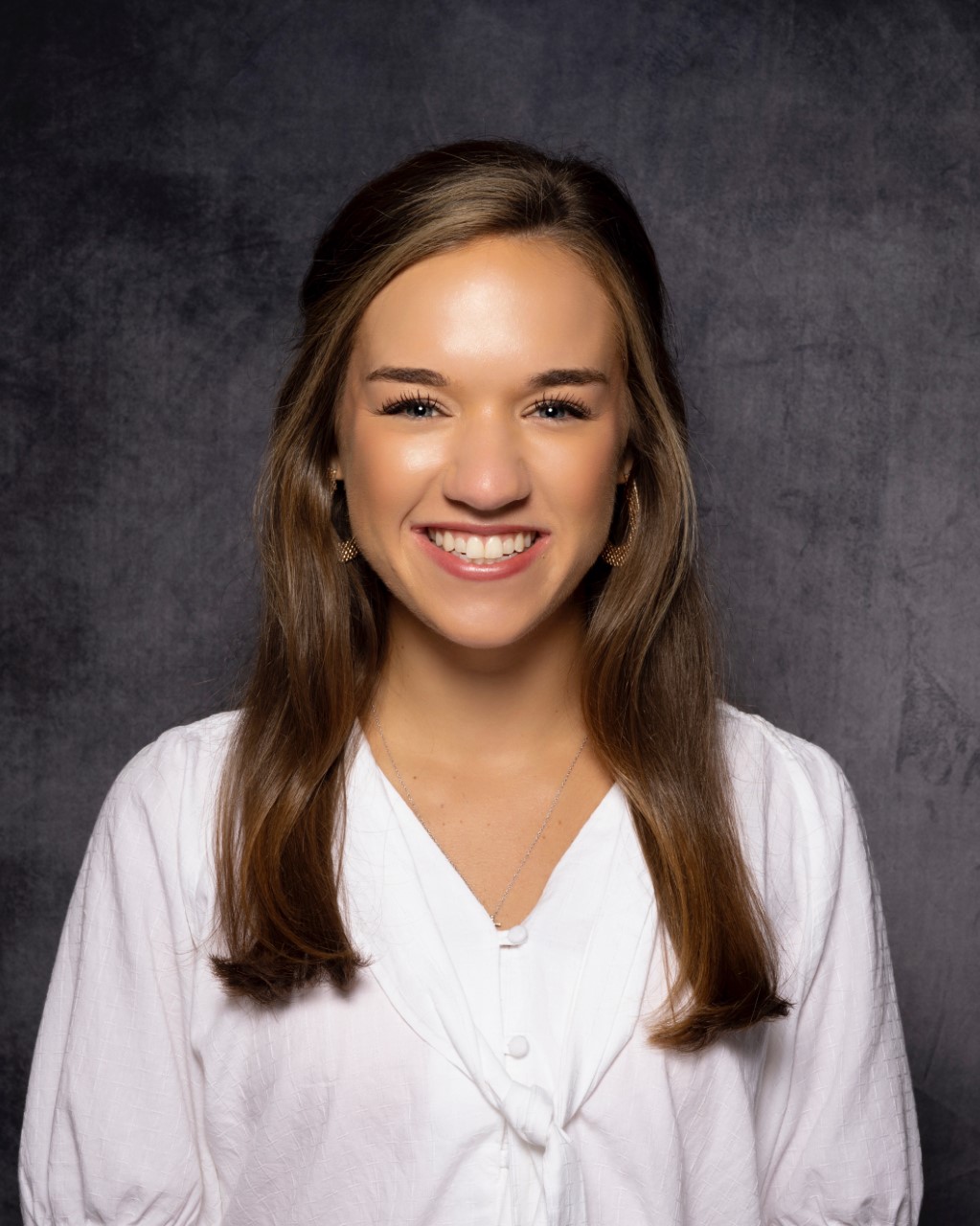 Sara Beth joined the Hoover Met Complex team in July 2022 as the Human Resources Coordinator. Prior to her current position, she worked on a federally funded research project at Auburn University as a research assistant studying relational development.

Sara Beth is a graduate of Auburn University where she earned a Bachelor of Science in Human Development and Family Science. During her time at Auburn, she worked as a student athletic recruiter for the Auburn University football team where she developed a love for both sports and forming meaningful relationships.

Sara Beth is from Alexander City, AL and in her free time, she enjoys spending time with family and friends, reading, and being at beautiful Lake Martin. 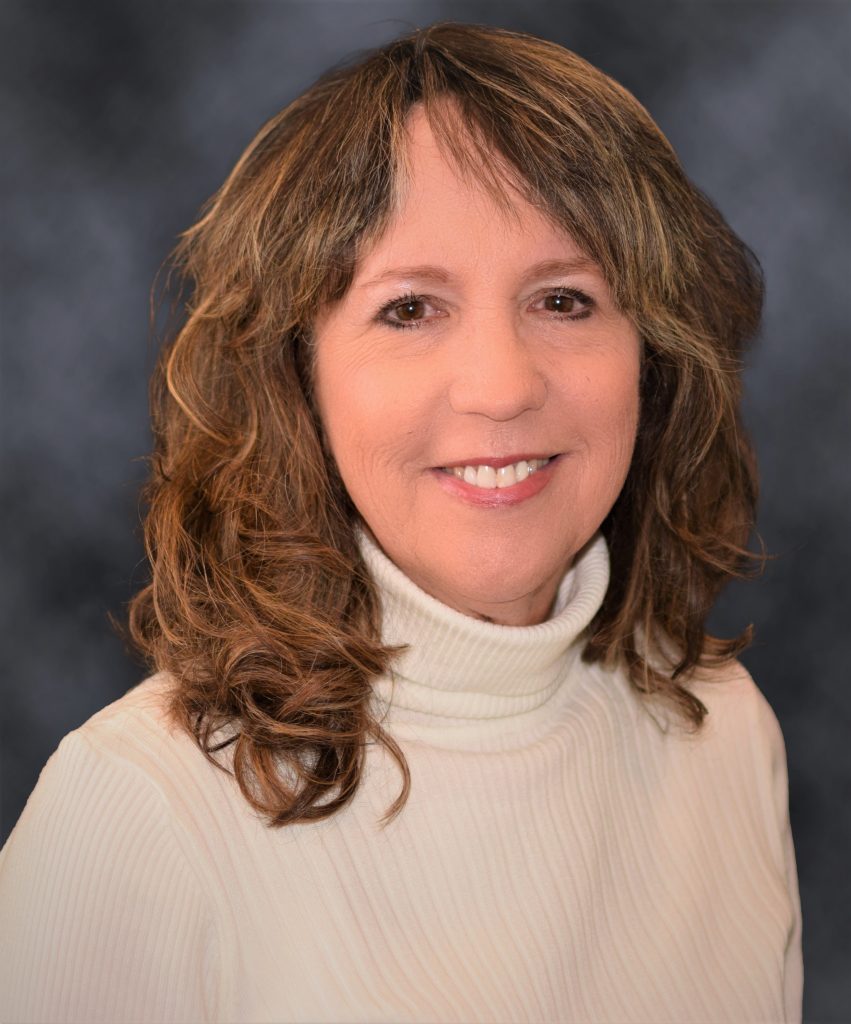 Lisa brings an extensive amount of experience in sports, including corporate sponsorships, management, guest engagement, and marketing to the Hoover Met Complex team. She spent the majority of her career with the NBA’s Orlando Magic in a variety of sales management and leadership positions. Her role expanded to include the Orlando Magic Youth Foundation and a team from the (IHL) International Hockey League/Solar Bears, and (WNBA) Women’s National Basketball Association/Miracle. As part of the launch team, Lisa helped bring women’s pro basketball and minor league hockey to Central Florida.

Lisa has strong ties to the University of Alabama through her daughters: Lauren, a 2019 graduate and Lindsey, a junior. Lisa lives in Hoover and is active in the community, enjoying hiking, boating, and attending various SEC sporting events throughout the region. A former collegiate tennis player, she is involved in leagues and tournaments throughout the state. 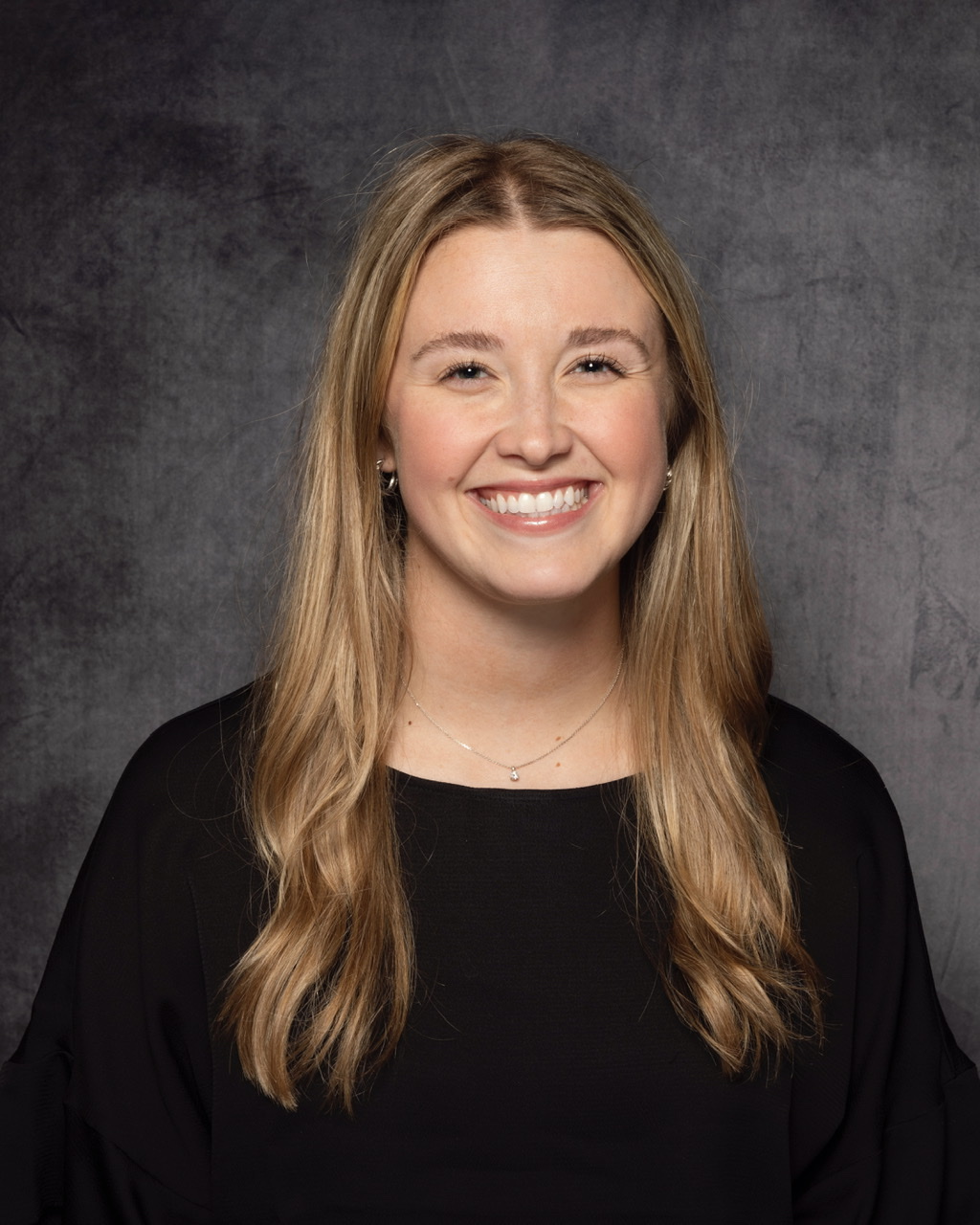 Annie graduated from the University of Southern Mississippi with a bachelor’s in Business Administration with an emphasis in marketing. Since then, she has returned to her home roots of Hoover, AL. In her spare time, she enjoys hiking, serving special needs children at Church of the Highlands, baking, and going to the movies! 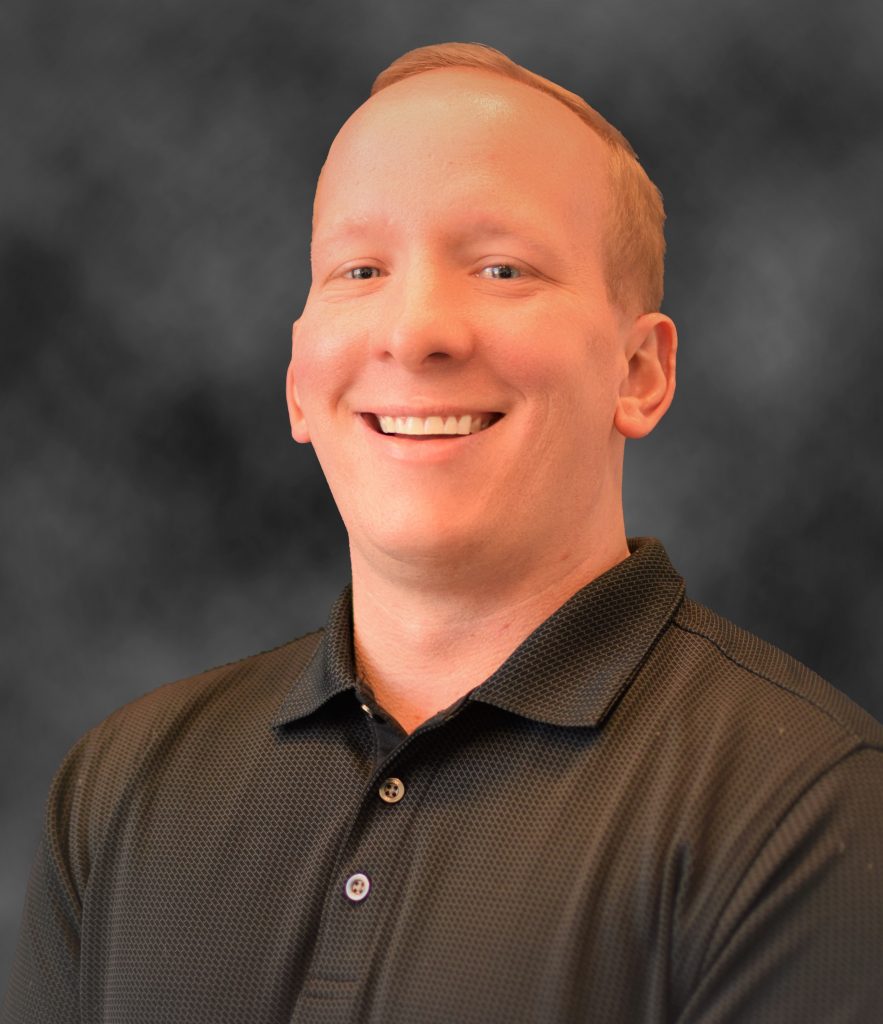 Tucker lives in Calera, AL and enjoys working out, playing golf, camping, and going to Smith Lake. His loyalty also lies with anything Auburn and cheering on the Tigers any time he can. Tucker is happily married and the two have a lab named Ace. 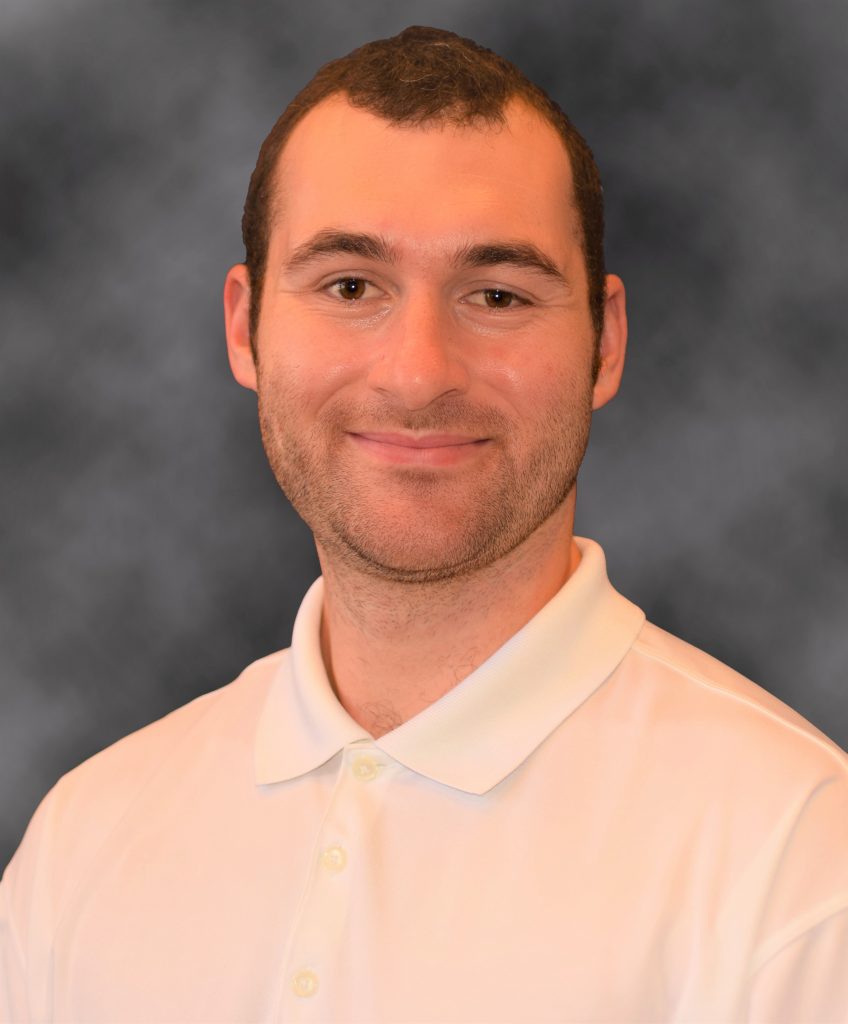 Ethan graduated from the University of South Alabama in 2018, earning a Bachelors of Science in Sports and Recreation Management. During his four years of college, he was a student manager for the baseball and men’s basketball teams, as well as an intern with the athletic department focusing on event and facility operations.

Ethan lives in Bessemer with his wife, Taylor, and their dog, Link. He enjoys playing disc golf, card games, and running in his free time. 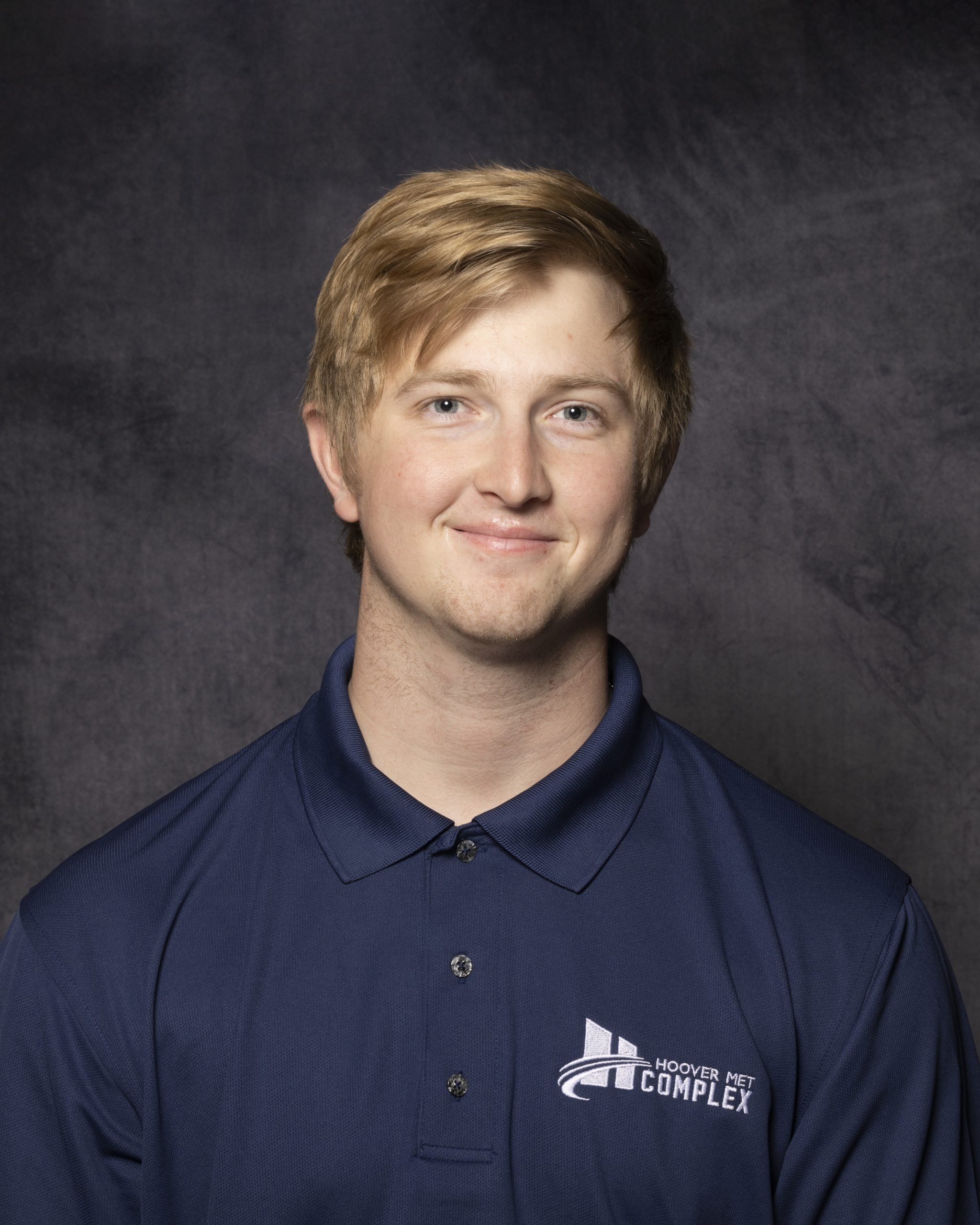 Andrew joined the Hoover Met staff in March 2021 as part-time facility operations shift lead while he finished his schooling at Samford.  He quickly learned that he enjoyed his job and loved making people happy by working behind the scenes.  Working in sports was one of Andrew’s goals in college, and he is happy that he landed this job at the Hoover Met Complex.

Andrew received a Bachelor of Science in Sports Administration and a minor in Data Analytics at Samford University in 2022.

Andrew lives in Irondale, AL, with his wife, whom he recently married in June of 2022.  He enjoys playing basketball, swimming, hiking, and family time.  He also is a die-hard Philly sports fan and spends his Sundays watching the Eagles. 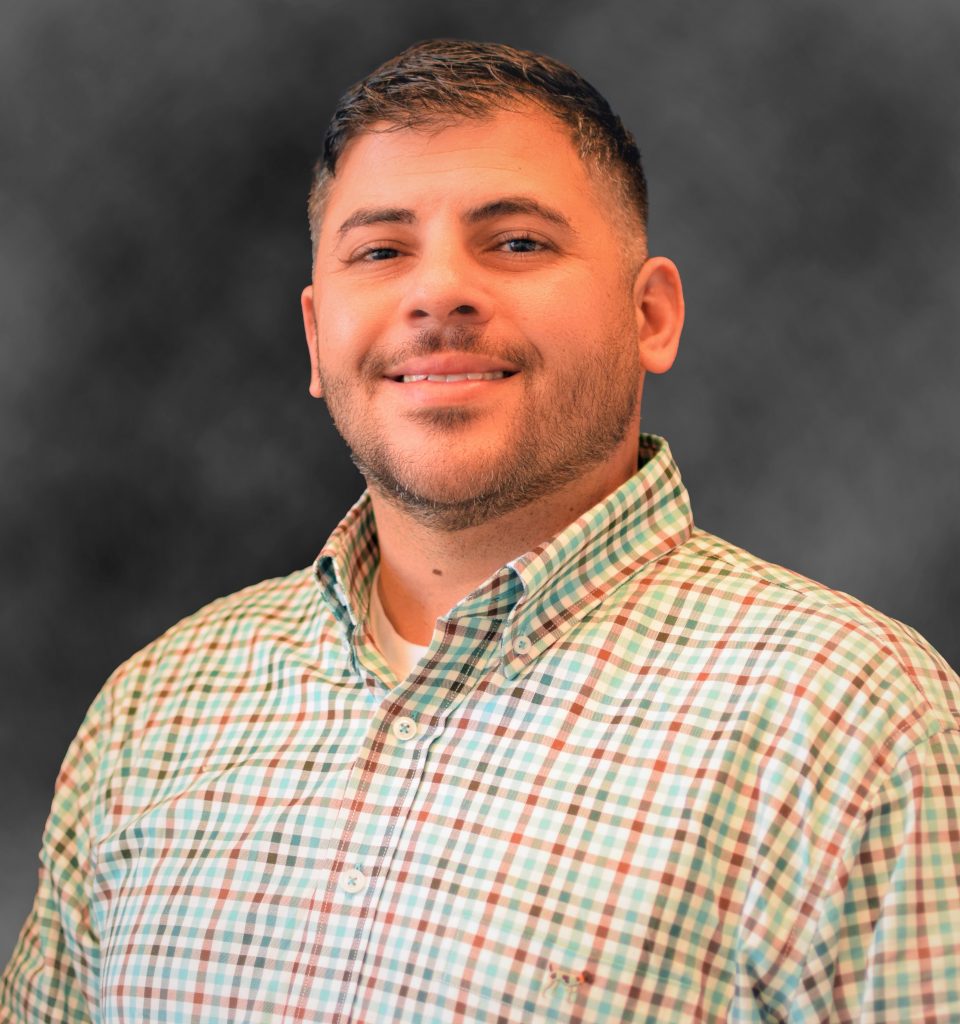 JD was born in the heart of the Magic City and raised in the Hoover/Vestavia area, and is huge on family and good food. He began his career working for his father’s business at Remon’s Clothier. Remon’s has been in the Birmingham, AL area for over 40 years. After learning the art of catering to the needs of his father’s clients, he found his life-long passion of hospitality in the restaurant industry.

In his free time JD enjoys giving back to his community. On April 27, 2011 Tuscaloosa, AL was hit with 62 devastating tornados. JD along with his father and Remon’s staff traveled with supplies to aid tornado victims. He also teamed up with his cousins, owners of Full Moon BBQ, to help feed Alabama Power Disaster Relief linemen. JD’s proudest achievement was being asked to lead the Food Bank effort for the Jefferson County Unified Command Center, providing food and water to local schools and housing communities during the Covid-19 shut down in March, 2020.

JD says “this passion has to come from the heart, because it’s not a job, but a way of life. It takes unique, heartfelt individuals who love a crazy and intense atmosphere to thrive in the restaurant industry, and in an environment like this.” JD feels very fortunate to be a part of the SFC family, and to live in an incredible community like Hoover. 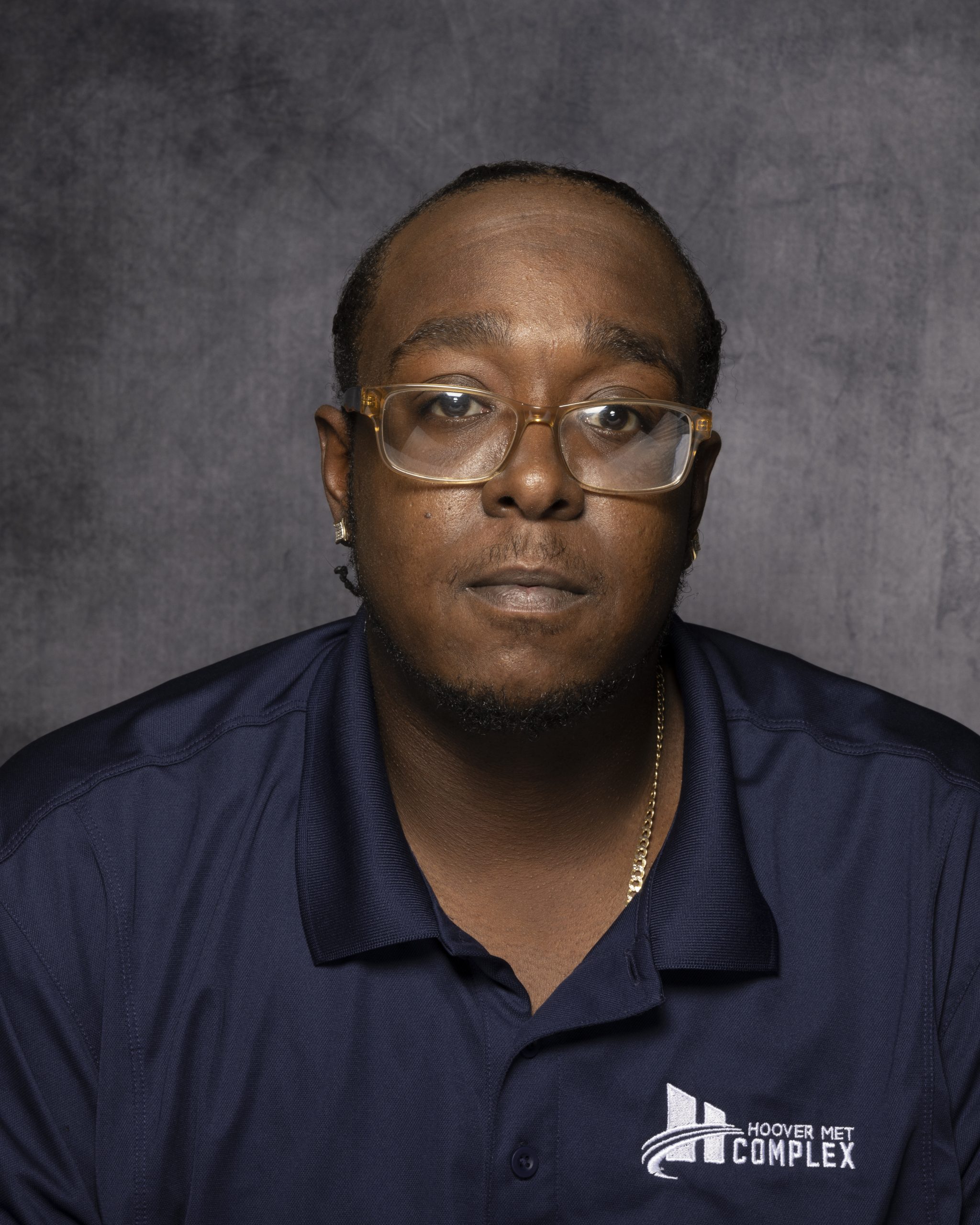 Andrew “Drew” Luckett, Jr. rejoined the Hoover Met Complex in June 2022 as the Food & Beverage Assistant Manager. Drew and current Food & Beverage Manager, JD Danforah have worked together for many years at different food establishments. Prior to joining the Hoover Met Complex, Drew was working in the construction industry but missed his passion and knowledge in the food industry.

Born in Canton, Mississippi, Drew’s family moved to Birmingham, Alabama when he was three years old. Drew graduated from George Washington Carver High School in 2004. His first job was at the age of 15, where he worked in the concession stands at historic Legion Field. Drew is married to Mrs. Shermaine Luckett and they have two daughters Amori McCray and Amyl Luckett. 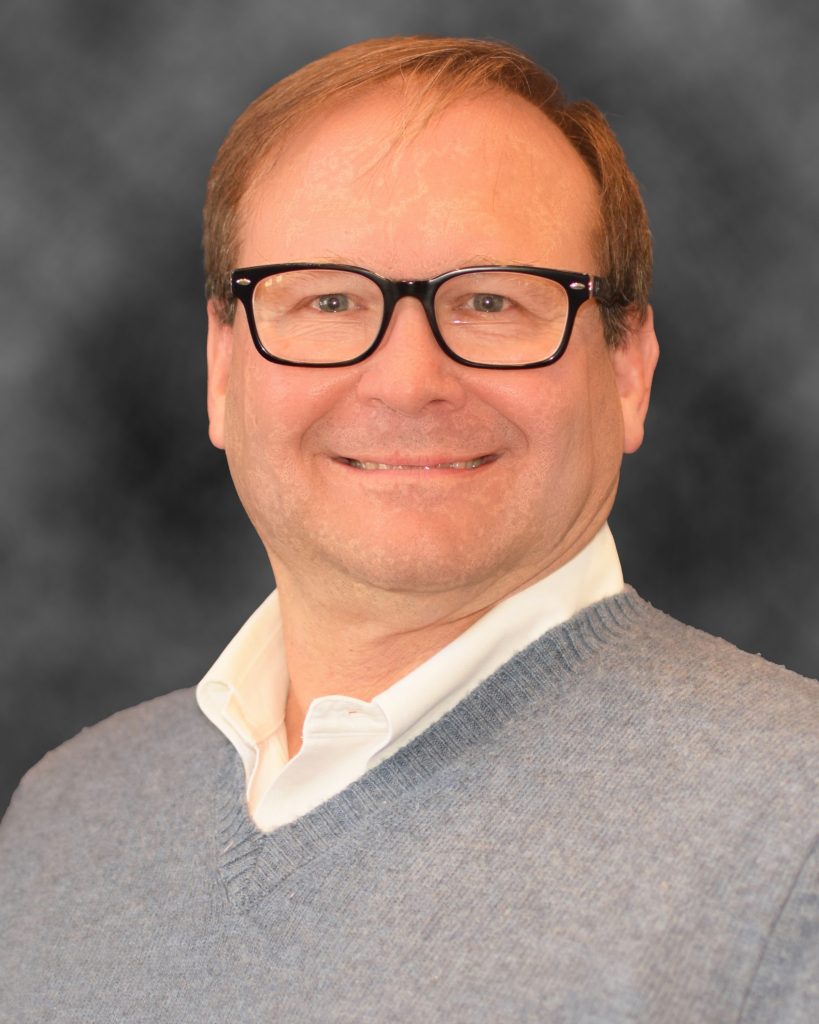 Harry has also held the following positions within the tourism and hospitality industry: Director of Sports & Athletic Sales for BookMyGroup, and Sports Sales Manager for various Hilton and Radisson properties. His passion is helping develop young business professionals in the sports business industry. Harry serves on the Advisory board for the Sport Management Program at Robert Morris University.

Harry earned a Bachelor of Science in Business Administration, majoring in Sport Management from Robert Morris University in Pittsburgh.

Born and raised in Punxsutawney, Pennsylvania, Harry is loyal to his Pittsburgh sports teams. Since relocating to Birmingham in 2013, Harry is involved in the local community by serving on a committee for the Southern Amateur Hockey Association and Eucharist Minister at Our Lady of the Valley Catholic Church. Harry is happily married and enjoys spending time with his son and daughter. 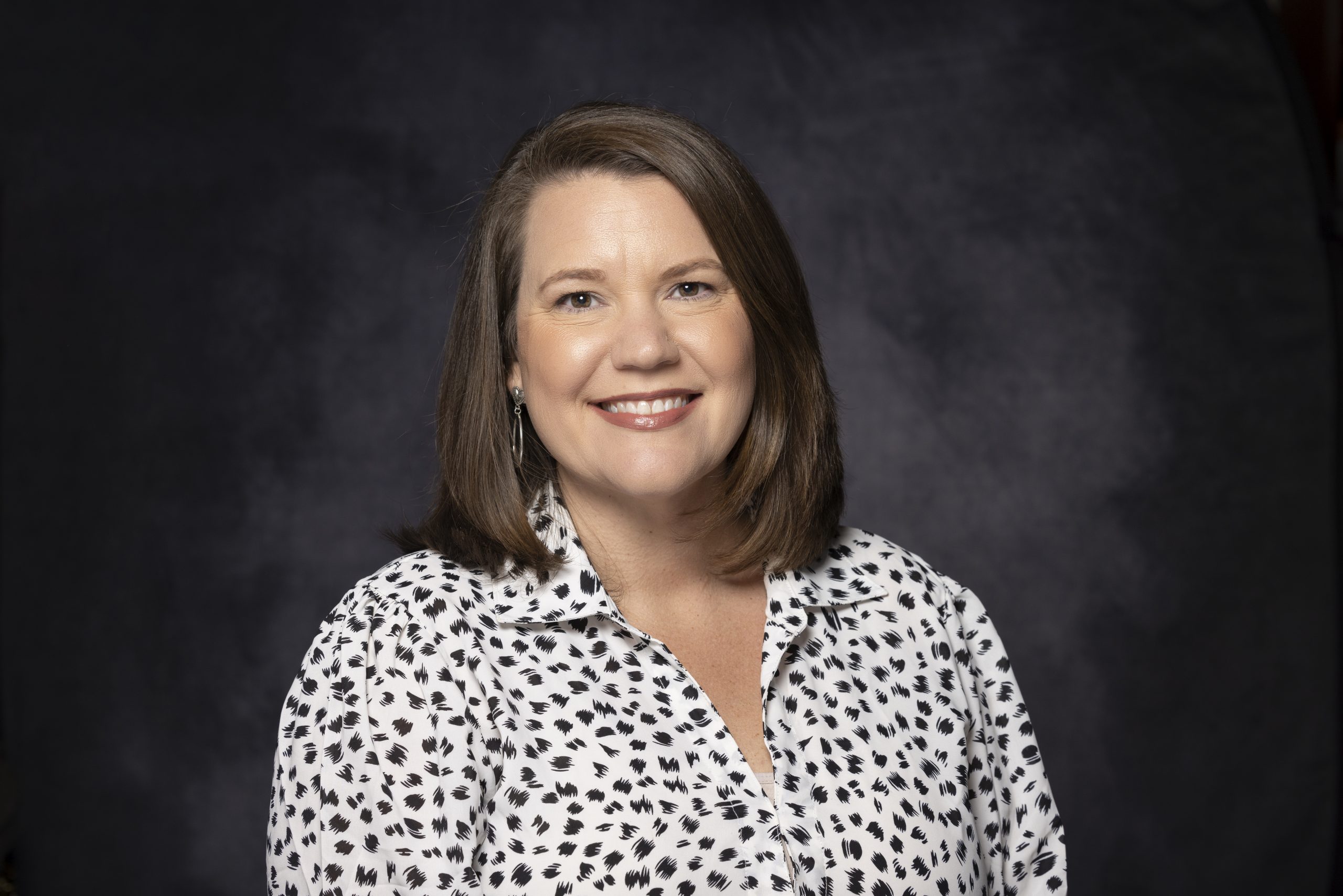 Amber joined the Hoover Met staff in July of 2021 as a part-time guest services member and shift lead. She spent most of her career in the eye care industry, and always knew she loved working with patients. She quickly learned that working in hospitality was her passion, and is excited for this new journey with the Hoover Met Complex.
Amber attended Auburn University where she studied Health Promotion and Business.
Amber lives in Hoover with her husband, David, and 2 daughters, Abby and Mackenzie. She enjoys watching SEC sports, especially, the Auburn Tigers. She loves spending time with her family and friends, reading, and making time for her two pets, Bella (dog) and Sam (cat). 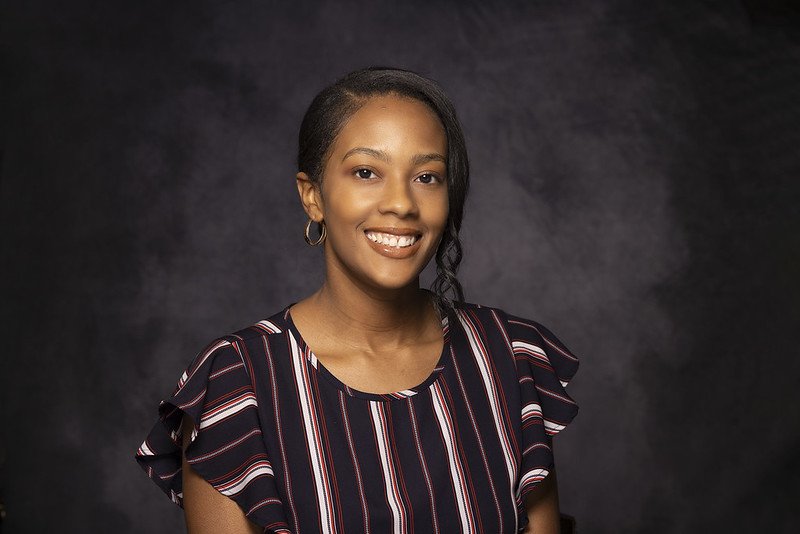 Chrissy Kelly joined the Hoover Met Complex team in April 2022 as a Guest Services Team Member. Prior to her current position, she worked in customer services at Alabama Power Company for over five years. For the past year, she has been an Administrative Assistant for her husband’s family business, J Smith Hoops.

Chrissy is a graduate of The University of Alabama where she obtained a Bachelor of Science degree in Health Studies with a minor in Consumer Science.

Chrissy is from Birmingham, AL but has called Hoover home for over 15 years. She enjoys spending quality time with her family, DIY projects, crafting and all things television. 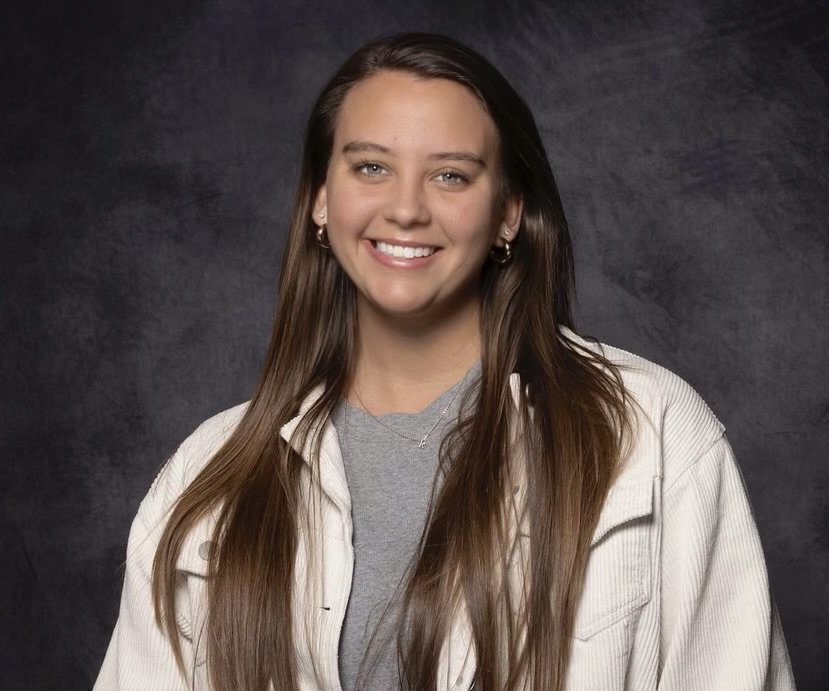 Kelsi Wilson joined the Hoover Met Complex team in October 2022 as the Tennis Center Coordinator. Prior to her current position, she worked at Indian Hills Country Club as an Assistant Tennis professional.

Kelsi is a graduate of Auburn University where she earned a Bachelor of Science in Public Relations after transferring from Wallace State Community College where she played tennis.  During her time at Auburn, she worked as an Operations Supervisor at the Recreation and Wellness Center and the Sports Plex.

Kelsi is from Tuscaloosa, AL, and in her free time she enjoys playing tennis, spending time with family and friends, and going on hikes with her dog! 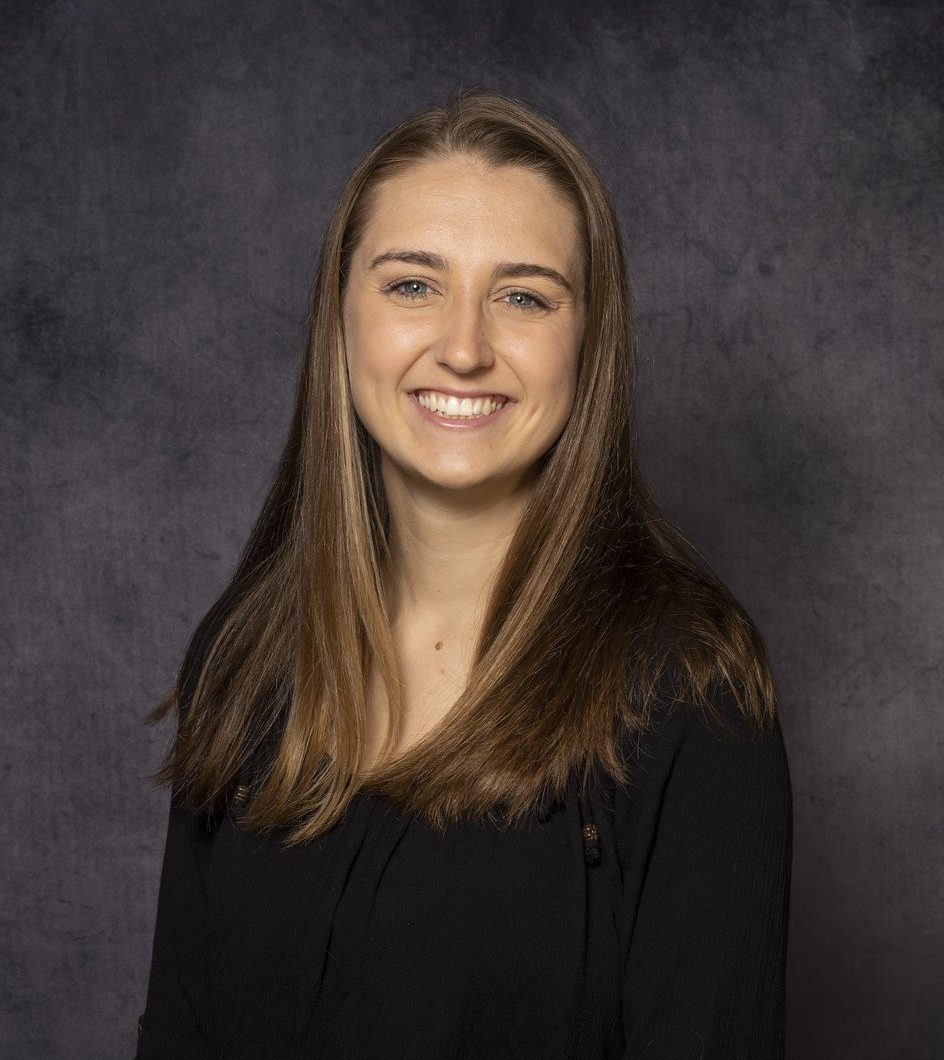 Anna Beth joined the Hoover Met Complex team in August of 2022. Before this, she spent three years at the University of Alabama where she studied Communications. With over seven years of Outdoor Recreation experience, climbing became her hobby in 2015.

While a student at UA, she worked with the Outdoor Recreation program and fell in love with all things outdoor recreation. She loves learning and teaching others about the fun things that you can do outdoors.

Anna Beth is also passionate about Youth Ministry and enjoys spending time with students at her local church. In her free time, she can most likely be found with her dog, Radley, at a sporting event for one of her 4 younger siblings, or adventuring at Oak Mountain State Park.